Emilia Tojo was born in Santiago de Compostela (A Coruña, Spain). She received her Chemistry degree from the University of Santiago de Compostela and obtained her Ph.D. in organic chemistry at the same University in September 1986. Six months later she joined the research group of Prof. Maurice Shamma at Penn State University (Pennsylvania, USA) where she worked as a post-doctoral researcher for almost three years during which she was awarded with a Fulbright scholarship. She now works at the University of Vigo as an Associated Professor from 1993.

She has experience in isolation, characterization and synthesis of Natural Products, but her current research field is focus on Ionic Liquids.

She is interested in the design, synthesis and applications of ionic liquids, especially in their use as solvents and catalyzers in organic synthesis. 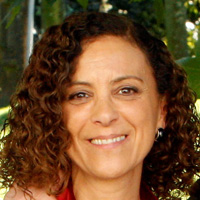 Emilia Tojo Suárez is one of the main researchers of the group called BIOILS (Biologically active Organic compounds and Ionic Liquids).

See all the publications